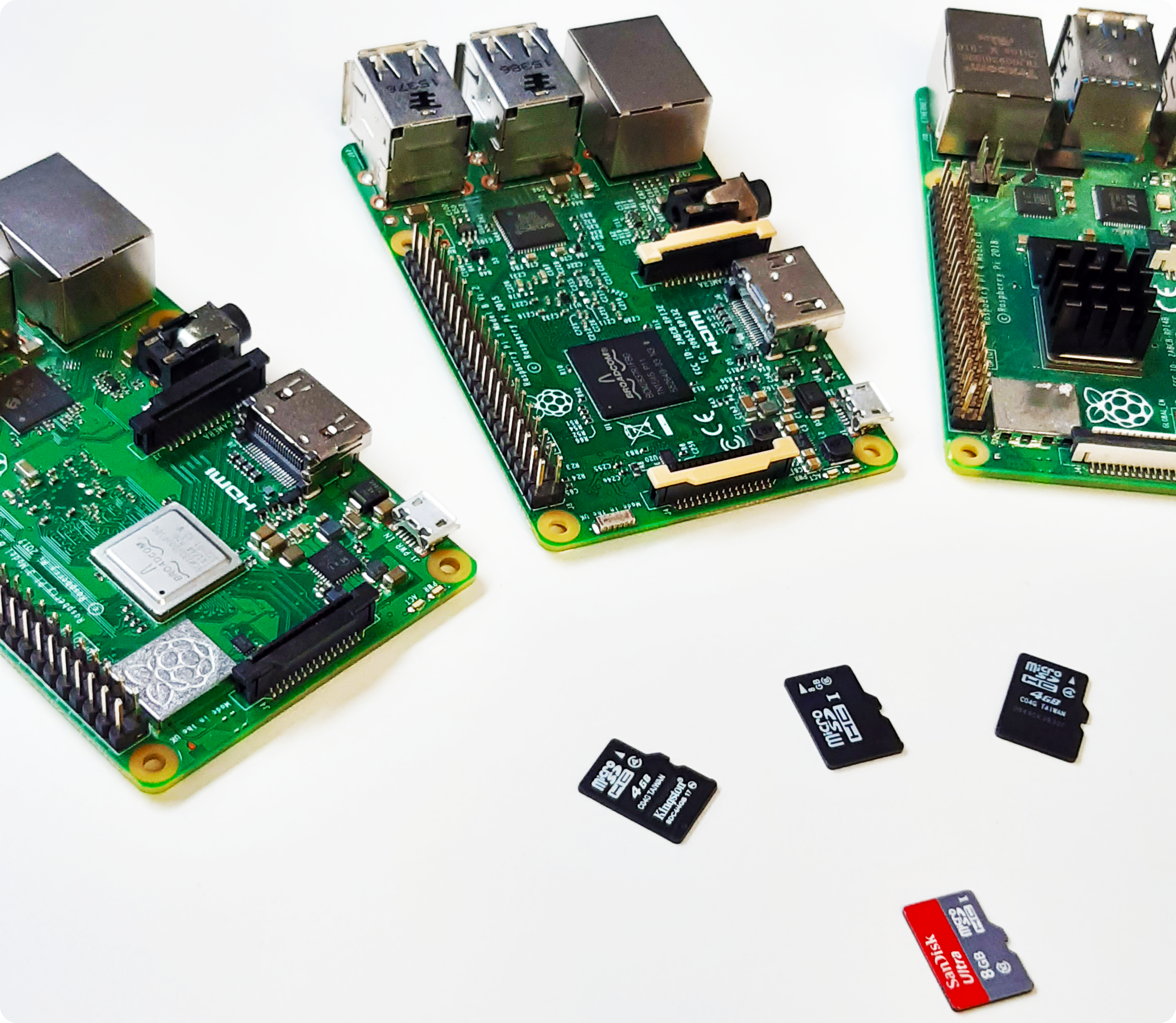 Dataplicity's quick one-line installation is fantastic to get started on your first few Raspberry Pi devices. But if you are assembling and imaging Pi devices in their hundreds, manually typing in the command to each Pi is pretty time consuming.

Here we discuss how to incorporate Dataplicity into your standard build image.

Please ensure the following before proceeding:

Dataplicity is a cloud service which we will be installing as part of a first-time boot sequence for your flash image. As such, your Pi will require internet access at first boot.

Additionally, there is some assumed technical knowledge required for this process:

Finally, and assuming that you are using an SDCard-based method to replicate your images, you'll need a bunch of SDCards and an SDCard reader.

The way we'll go about mass installing Dataplicity will be by adding a one-time installer to a Raspberry Pi Operating System image. This installer will run as soon as the device gets access to the internet and will then delete itself. The way to plant this installer inside an image in the first place will be by flashing a Raspberry Pi with an image, adding the installer to it and downloading the image with the installer off of the Pi onto your computer. This downloaded image will then be used as the base image for mass installation on your Raspberry Pis.

As mentioned above to start with this step you will need to have flashed a Raspberry Pi with a Raspberry Pi Operating System image. Then you can proceed as per instructions below.

If at any point the script fails (for example because the internet connection was not viable), the installation process could be restarted simply by rebooting the device, causing the script to run again.

To begin, create a file called mass-install-dp inside the if-up.d scripts directory (this is the home for scripts that run after an internet interface is set to 'up' (active) ).

Set the file permissions so that the file is executable:

and then a size comparison. Typically an SD card would appear as /dev/sdb.

The above cloned image is now the new mass install image. Give it a try by flashing it onto a blank SD card. Connect your new SD Card to your new Pi, attach a working network connection and boot up your Pi.

At this point, if all goes well, your system will load for the first time, install Dataplicity, and register the device with your Dataplicity account. Should the installation fail for any reason, an 'auth' key will not have been created, which means you can retry the installation by simply rebooting the device.

The main indicator of a successful installation is the presence of a device key ("serial") and authorisation file ("auth") in /opt/dataplicity/tuxtunnel/.

Should you encounter any issues, the above installation script will create an installation log file in /var/log/install-dp.log which can be viewed with 'tail', 'less' or just 'cat'.

Finally you should be able to see a device similar to the one below on your device list.

Updated over 1 year ago